Once a week, I will feature a brand new author for the spotlight. I will tell you a little about them and their work, the genre of books they write in and even their website addresses. If you have an author who you want to nominate for the Author Spotlight or you are an author looking for a bit more exposure, leave your info on my contact page. Happy Writing!

July 18, 2011
This week's author spotlight belongs to Claude Bouchard
﻿Claude was born in Montreal, Canada, where he still resides with his spouse, Joanne as well as the rulers of the household, Krystalle and Midnight, their cats. He completed his studies in human resources, accounting and management at McGill University and worked in various management capacities in the fields of HR and finance for a handful of firms for too many years.
His first stab at writing was in 1995, the result being his first novel, Vigilante. This was subsequently followed by The Consultant (1996), Mind Games (1997), The Homeless Killer (2009) and 6 Hours 42 Minutes (2011) all part of the Barry/McCall Series born from Vigilante. He has recently completed ASYLUM (2011) which is not in the series and is currently working on Discreet Activities, the sixth Barry/McCall crime thriller.
When Claude isn’t writing or editing his work, he spends his time making noise with his guitars, painting in oil and watercolour, reading, traveling (budget permitting) and planning to work out. Dubbed the 'Einstein' of Twitter, you can find him & all 180,000+ of his followers most days at http://twitter.com/#!/ceebee308
You can learn more about this Indie author on his website at http://www.claudebouchardbooks.com/

Born and raised in West Mitten, USA (Grand Rapids, MI), I still live in the area in a house I built, (literally), with the help of my wife, Therese, and two sons, Eric Jr. and Nicholas, (and various other friends and relatives). The boys are grown and gone now, although they both live in the area. Therese and I have managed to get past the empty nest syndrome and currently only share our home with our two dogs, Sable and Tucker, and a cat, Liza.
Most of my adult life has been spent working in the electrical, electronics, and telecommunications industries, with side interests in computers and video. It wasn't until my father was battling Cancer that I discovered a knack for writing. I was spending many hours in waiting rooms, treatment rooms, recovery rooms, etc. I began writing SEAMS16: A New Home to pass the time. There is no direct relationship between my father's battle and the story I was writing, rather, the writing became an escape from the depressing circumstances and helped me maintain a positive attitude toward his treatments. Sadly, my dad died before I finished the story and he was not able to read it, but I like to think he would approve.
To find out more about Eric and his works, please visit his website at http://ericbt.webs.com/

After graduating from Scripps College in California and the Publishing Procedures Course at Radcliffe, Eliot moved to New York City, where she worked at several publishing houses, including Simon & Schuster and Doubleday, and at Time Inc.
She later moved to Massachusetts with her husband and two children to become public relations director and humanities teacher at the Great Barrington Rudolf Steiner School and later at the Great Barrington Waldorf High School. Courses she has taught include: History Through Language, The Novel – Graham Greene, The Odyssey, Parzival, Romance Literature, Shakespeare, World Religions, and a wide variety of creative writing courses. She has also held adult seminars and workshops for aspiring and published writers on various aspects of being a writer, including technique, creativity, publishing, marketing and promotion.
A world traveler, she lived for several years in Greece, Italy, Spain and England. She spent a year with her family on a freighter traveling from Greece to Japan. Her travels have taken her to sacred sites around the world, including the caves of Ajanta and Ellora in India, Delphi in Greece, the great pyramids of Egypt, Stonehenge and other sacred stone circles in the West Country of England, and many more places. She has even traveled north of the Arctic Circle on an expedition through Scandinavia, and she spent several months in Japan, visiting Zen gardens and temples.
Eliot’s talent and interests come naturally: She is the heir of a long line of distinguished writers and educators. She is the daughter of Alexander Eliot, former Art Editor of Time Magazine and the writer Jane Winslow Eliot. Her great-great-grandfather, Charles W. Eliot, was president of Harvard for fifty years and revamped the American college Liberal Arts curriculum. He was also famous for establishing the “five-foot shelf,” a still-utilized collection of essential books. Her great-great grandmother, Ada Davenport Kendall was a leading journalist who spent several months in prison for protesting in support of women’s suffrage. Another ancestor, John Eliot, translated the Bible into Algonquin in the seventeenth century. Her favorite fiction writer of all time is her grandmother, Ethel Cook Eliot, who wrote children’s books (The House Above the Trees, The Wind Boy), teenage mysteries, and adult novels (Ariel Dances, Green Doors).
Eliot is a member of Romance Writers of America, PEN, and the Authors Guild, among other organizations. She taught English and worked as the Community Relations Director for the Honolulu Waldorf School in Hawai’i from 2005 to 2007. Currently she is writing and teaching in Western Massachusetts.
BOOKS:
A Perfect Gem (Telemachus Press, March 2011)
“Bad things happen to other people. Not to us.” This is Crista’s husband’s mantra – something he says often, right up to the day his car goes off the cliff, killing him. Crista doesn’t think her life can get any worse. But it can.

Heaven Falls (Telemachus Press, March 2010)
From a reader in Ireland: “Just finished reading Heaven Falls by Winslow Eliot – a brilliant book, couldn’t put it down … suspense, intrigue, fast pace, what more could you want! The little stories and facts about the essential oils were fab too, although I was so involved in the story that at times I didn’t read them till I’d finished the whole book.” Learn more at Heaven Falls Spa.

The Bright Face of Danger (St. Martin’s Press 1993) This book is currently out of print, but you can find it on Powell’s or Abe’s. “Don’t start this one late at night or you’ll never get any sleep…” wrote one reviewer. It’s recently been reissued in France as L’Innocence du Mal.

You can learn more about this prolific writer who now proudly calls herself a member of the Inie community, by visiting her website at http://winsloweliot.com/ You can also purchase Winslow's latest work on Amazon.
A PERFECT GEM

June 20, 2011
This week's author spotlight is Peggy Webb (no relation) a.k.a. Anna Michaels.
You name it and multi-talented, award-winning, best-selling novelist Peggy Webb has written it – humor columns, romance, women’s fiction, literary novels, screenplays and now a comedic mystery series. Elvis and the Dearly Departed, the first Southern Cousins Mystery, was a Mystery Guild Featured Alternate Selection. The second and third books in the series are now available, and the fourth, Elvis and the Tropical Double Trouble, will be in bookstores September 27, 2011.

A former adjunct instructor at Mississippi State University, Peggy likes to describe herself as “Southern to the bone and a pillar of the church and community.” Her friends say she is as down-to-earth and zany as the characters she creates for her books and the roles she plays onstage at Tupelo Community Theater. She readily admits to being part Callie in Elvis and the Dearly Departed (2008) and part Maggie in her Pulitzer nominated novel Driving Me Crazy (2006). She even confesses she saw herself in her roles as M’Lynn in “Steel Magnolias” and The White Witch in “The Lion, The Witch, and The Wardrobe.” But she denies being the model for characters in Flying Lessons (2006), Late Bloomers (2007) and particularly Confessions of a Not-So-Dead Libido.
“I am compelled to write,” she says. “My muses won’t let me remain idle.” Peggy’s body of work is a stunning testament to her muse: more than 60 novels, numerous blues songs, 200 magazine humor columns and two screenplays. Currently she’s co-producing a feature film based on her novel, Driving Me Crazy.
In a career than spans nearly 25 years, this native Mississippian has seen millions of her books in print in more than 17 languages. Acclaimed by both fans and reviewers, Peggy’s novels consistently appear on bestseller lists and garner awards. Peggy was recently honored by Romantic Times at the International Booklovers’ Conference in Orlando as a “Pioneer in Genre Fiction.” Dubbed Queen of Comedy by her fans, Peggy forged the way for romantic comedy.
She went back to her comedy roots with her mystery series and her novels in the NEXT imprint. Her fans say, “To read a Peggy Webb novel is to howl with laughter.” Her classic romances are also big hits with her fans, especially the groundbreaking Westmoreland Diaries Trilogy.
Although Peggy says she’s “just a farm girl who loves music and words,” to fans she’s the writer who makes them laugh, makes them cry and makes them ask, “Who is Rainman?”

With too many books to list, you can read more on this prolific writer by visiting her website at http://www.peggywebb.com/test.html

We discovered another aspect to Peggy that makes her even more intriguing, not only as a writer, but as a person. She writes under the pen name Anna Michaels and her debut novel under that name was released in May from Gallery, an imprint of Simon & Schuster Publishing, Please join me in saluting this writer who fills our memories with stories and our bookshelves with love.
http://www.annamichaels.net/index.html


The Tender Mercy of Roses 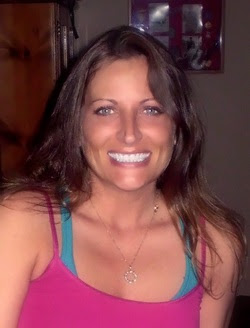 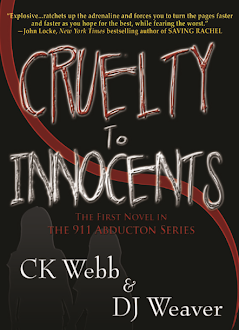 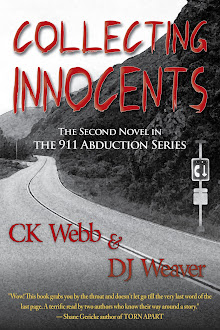 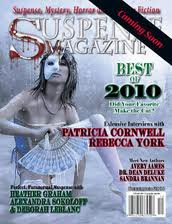